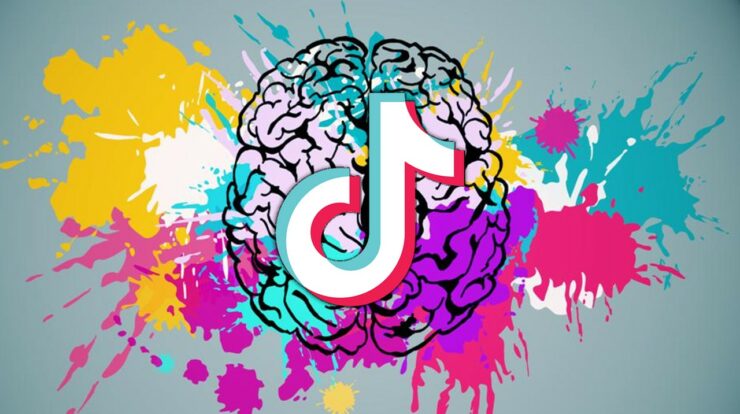 TikTok ADHD videos have already earned 2.4 billion views. A minute-long video titled “the difference between an ADHD actor and a person who genuinely has it” recently went viral on Tiktok, with 33000 comments screaming, “OMG! I have it.” “Heck, I have all these symptoms,” and “I completely understand.”

On TikTok, this is where the AHDH craze began

A girl shared this video with no official training in mental health on her Instagram account @xmaaniiix. (Later, the account was deactivated, and this person can no longer be seen on TikTok.)
The tale doesn’t stop there; after seeing this viral hashtag, several accounts began posting phony ADHD-positive videos to connect to the scenario or get views.

But does TikTok genuinely cause ADHD?

Experts are divided on this since TikTok has genuine ADHD-positive users among its 1 billion active users in 150 countries. ADHD, or attention deficit hyperactivity disorder, is a neurodevelopmental issue associated with ordinary things that have three types: inattentiveness, hyperactivity, and impulsivity, according to specialists.

Tiktok users might generate anxiety due to excessive social media usage, including amateur actresses, optimistic vocalists, and bored quarantines. Katelyn Polich, 24, said she believed this was it after viewing hours and hours of videos with the hashtag “ADHD in females.”She went to the psychiatrist, who confirmed that all of the TikTok ADHD symptoms were correct, and she is now on medication prescribed by the psychiatrist.

TikTok, on the other hand, according to Polich, is a platform for billions of entertainers with no knowledge of psychiatry. Nonetheless, she understood that her social anxiety was caused by ADHD, which would not have been possible without TikTok’s help.

Experts, on the other hand, see a different scenario. They claim that even if Polich could detect her ADHD symptoms due to AHDH videos on TikTok that went viral and garnered 10.4 billion views, there is only a 50% probability that an ordinary TikTok user would acquire ADHD.

The Canadian Journal of Psychiatry has released study findings on ADHD videos on TikTok. During this study, the top 100 videos were viewed to see whether they were associated with ADHD symptoms as described in psychiatry.

Experts also said that self-diagnosis is harmful in psychiatry and that you cannot determine if you have ADHD or any other psychiatric disease based on some videos by entertainers.

They added that people who attempt to self-diagnose their symptoms might encounter additional challenges such as;

According to psychiatrists, many people who self-diagnosed ADHD were upset with the experts and even questioned their research after finding they didn’t have ADHD.
Psychiatry is a large area where no one diagnosis can be relied on.

Many symptoms are investigated before correctly identifying any indication or providing someone medical help. Furthermore, not everyone who is diagnosed with ADHD symptoms is prescribed medication. We may search up and learn about behavioral therapy, ADHD management approaches, and coping tactics.

According to experts, these are the therapies that help people in the long term, and relying on medications is harmful to mental health in the long run.

1. Another issue with diagnosing ADHD on TikTok is that many types of users exist, including false ones with bogus profiles who may urge you to pay a charge into their PayPal accounts.

2. You may get confused by the statements of an expert rather than a content provider. TikTok content makers are talented creatives who understand how to affect their viewers. On the other hand, experts providing sound advice may be confused by their lack of knowledge.

3. If self-belief is maintained and mistreated, ADHD and mood disorders may become much more challenging to deal with, leading to more mental issues in the long term.

Mental health is rarely accorded the same emphasis as physical health in various societies. People go to doctors if they have a fever but ignore if they have mood swings, temper disorders, or other concerns.

Mental health is not considered necessary in Asian homes, and no one discusses it. Specific behavioral difficulties are linked to the poor company or just rudeness in children.

TikTok has allowed people to speak out and advocate for themselves in all of these instances. Many people who had no idea whether they had ADHD are now aware of the diagnosis and have more opportunities to seek expert help.

There is less likely that they may go undetected or untreated.

Furthermore, TikTok allows you to convey your emotions and moods. People meet others who feel their feelings about many things and form a sharing and caring group. It makes it easier for individuals to express their moods and discuss mental health.

TikTok has also contributed to the abolition of the mental health taboo. It implies that people who were perplexed by their mental health symptoms, such as mood swings or a lack of sleep, may now better understand why something is confused with their moods. They may now talk about their problems since they don’t feel alone when they’re feeling this way. They may also find related memes and jokes about their illness to help them feel less anxious since worry is the core cause of mental health problems.

We may conclude from the above explanation that there is no link between TikTok and ADHD. It serves as a platform for sure amateur entertainers. When one content producer comes up with a concept, everyone other follows after to generate views, likes, and followers. Also read how to Install & Download Zefoy APK for TikTok likes and follwers.

Self-diagnosis of ADHD symptoms based on videos on such apps is discouraged and should be avoided. If you are experiencing mental health concerns, it is preferable to seek professional assistance rather than taking medications on your own.

Seeking expert help has never been simpler since you can now hire psychiatrists online to talk about problems. All this to say, don’t get too caught up in these videos, and don’t trust everything you see on the internet. Also read article on best TikTok auto Liker Apps.