This article will explain what Steam is and what are the best Steam alternatives to play their favorite games on internet anywhere you want. Steam is a game library that is hosted on the cloud. One of its most popular features is the ability for users to play games purchased/downloaded to their Steam accounts on any computer. It also enables players to save many games without consuming too much computer memory.

Valve Corporation’s Steam is a digital distribution, digital rights management, multiplayer, and communications platform. It distributes a wide variety of games and related material entirely via the internet, ranging from one-person independent initiatives to some of the world’s most popular games. In terms of functionality, Steam is distinguished from its competitors mainly by its presence in the system tray and the desktop duties that the client program undertakes to make use of that location. How to speed up Steam download in Windows 10.

Without leaving Steam, communicate with friends or groups via text or voice. Videos, Tweets, GIFs, and other media are supported; use them carefully.

Game Hubs : Game Hubs Everything you need to know about your game in one place. Participate in debates, share material, and be the first to learn about new changes.

Steam Broadcast: With the click of a button, you can stream your games live and share them with friends or the rest of the community.

Create, find, and download modifications and cosmetics made by other players for almost 1,000 supported games.

Available on mobile : The Steam mobile app allows you to stream from anywhere on your iOS or Android smartphone.

Early Access to Games : Discover, play, and participate in games as they progress. Be the first to see what’s coming and be a part of it.

Multilingual : We care about building a worldwide community, which is why our client supports 28 languages and is still growing.

Purchases Made Simple : Our shop accepts over 100 payment options in over 35 currencies, allowing you the freedom to pay as you wish.

Following are some key features of Steam;

In this article you will know about the best Steam alternatives you should use download and play games.

GOG is at the top in our list of best Steam alternatives. GOG.com (Good Old Games) provides old PC games through their download service for a reasonable price, without DRM, and upgraded to run on the newest versions of Windows and other systems.

Some people may complain that, even though many freshly released titles are accessible on GoG, there will always be many AAA games that you won’t be able to buy there because certain publishers will not agree to remove DRMs from the games. Personally, I don’t care and actively avoid Steam and other such services. DRM stores would have gone extinct sooner or later if the bulk of people did the same. 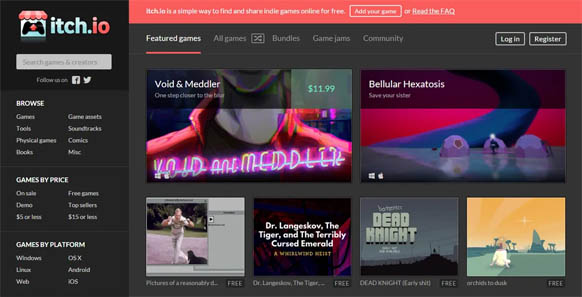 You can create a page on itch.io where people can download games you’ve posted. You may optionally set a minimum fee for your game (which can be 0), allowing people to pay you what they believe you are worth. Itch hosts all files and photos.

Since Desura’s demise, this is likely the most acceptable place to spend an afternoon browsing through free and paid independent games.

Buy a game bundle, choose your pricing, and help a good cause simultaneously. Each game is typically DRM-free and is compatible with Windows, Mac, and Linux!

There are sales of not only games but also books and software. And if you keep your eyes peeled, you may get several games at dirt-cheap prices. When you buy a game, you usually get a key for it. There are several exceptions where you must or can download additional content. 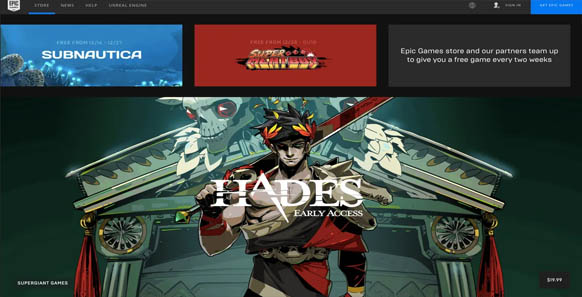 The Epic Games Store, which includes games from different studios, is live. Epic’s mission is to bring you excellent games while also giving game developers a better deal: they get 88 percent of the money you spend, compared to only 70 percent elsewhere.

The Epic Store offers a strong game selection that is much more choosy than Steam’s. It is the best Steam alternative. We’ll Take Anything attitude, which results in a lot of crapware, and does a better job of supporting creators. Sure, it’s a front for a massive company, but Steam isn’t much better. 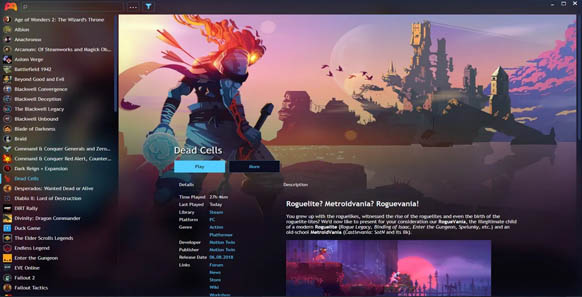 Playnite is a video game library manager and launcher that supports third-party libraries such as Steam, GOG, Origin, and Uplay while giving a single interface for all of your games.

A centralized collection for all of your games. GameHub’s features include the ability to view, download, install, run, and uninstall games from supported sources. Games Non-native games, as well as native games for Linux, are supported by GameHub. That is why, It is on our list of best Steam alternatives. 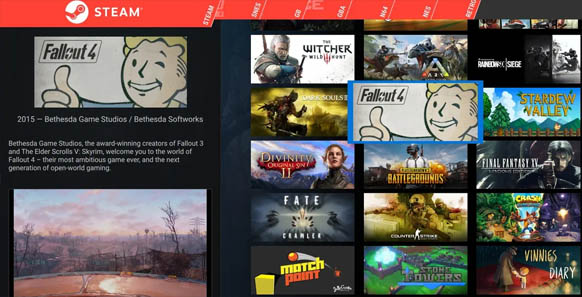 Pegasus is a graphical frontend for exploring and launching your game library (particularly older games). It prioritizes customizability, cross-platform support (including embedded devices), and excellent performance.

Purchase fantastic games. You’ll pay a fraction of the retail price! Every week, we bring you a fantastic new Steam game bundle that saves you up to 97 percent off the regular retail price! But act quickly since each bundle is only available for a short period.

Apps make it easier to use your PC by providing new methods to get things done and have fun. The built-in apps in Windows 8.1 and Windows RT 8.1 let you socialize, keep in contact, share and view documents, organize images, listen to music, and watch movies. Still, there are many more apps available in the Microsoft Store.

The Mac App Store is the most excellent place to look for Mac apps. There will be no more boxes, discs, or time-consuming installation. To download and install any software on your Mac, click once, much like the App Store for iPhone and iPad.

The Rockstar Games Launcher is a new Windows desktop program that lets you quickly and conveniently access your Rockstar Games PC library in a single place, including titles acquired from other digital shops.

Heroic is a free and open-source game launcher for Linux, Windows (Beta), and macOS (limited to Windows games through Wine/Crossover). It now supports starting games from the Epic Games Store using Legendary, a CLI option for launching epic games. It is among the best Steam alternatives.

Voobly is an online gaming client with a built-in social environment akin to Facebook. Voobly is a simple system that allows you to start playing your favorite games online in minutes by following a few simple steps. What exactly are you waiting for? 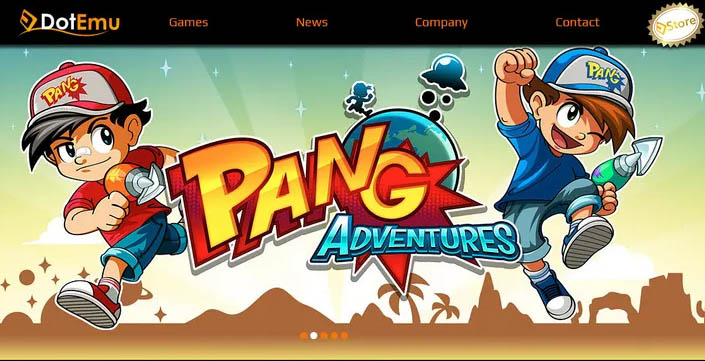 Thanks to Game Center, social gaming is now available in OS X and iOS apps. With the Game Center app, you may play against friends and strangers from all around the world. Invite someone to join, then start a game. Read ways to make Steam Downloads Faster.

So, this is our article on Steam alternatives the best online gaming platform. Share your experience if you are using any of the above mentioned apps. Also read our article on NHL Streams: Live NHL Streaming Sites.