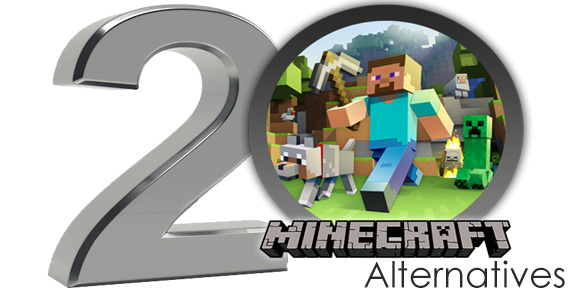 This article will explain Minecraft and which Minecraft alternatives are the best. There are over 100 Minecraft-like games available for various platforms, including Windows, Mac, Android, Linux, and Steam. Sandbox, Crafting Games, and Survival Games are the most popular options.

It is a sandbox game in which you can create whatever you want with building blocks.  Monsters emerge at night; construct a shelter before this occurs. The game also supports multiplayer.

Minecraft has also been written for the Wii U and 3DS (3DS build is called as “New Nintendo 3DS Edition (only for the New 3DS, New 3DS XL, and New 2DS XL).

You can also read article related to Minecraft at Technedo like how to;

• How to Make a Saddle in Minecraft

Before rushing towards Minecraft alternatives, first, take a look at the features of Minecraft.

This article will inform you of the top Minecraft alternatives that are accessible in 2022. Minecraft is described as a “Sandbox game that revolves around manipulating building blocks to create whatever you want.” Monsters emerge at night; construct a shelter before this occurs.

The game also supports multiplayer and is a top Sandbox Game in the Games category. Minetest, both free and open-source, is the best alternative. Survival craft (Freemium), Creativerse (Freemium), LEGO Worlds (Paid), and Terasology are other Minecraft-like games (Free, Open Source). Minecraft alternatives includes both Open source and paid versions. 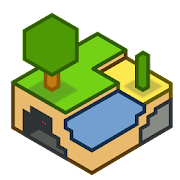 As a best Minecraft alternatives Minetest is at the top of our list. Minetest is a game engine and a near-infinite-world block sandbox game inspired by InfiniMiner, Minecraft, and others. Minetest is available for Windows, OS X, GNU/Linux, Android, and FreeBSD. It is Free/Libre/Open Source Software licensed under the LGPL 2.1 or later.

There’s never a shortage of space with a 620003 block playing area. Yes, the world’s height is nearly unlimited. Play by yourself, with your pals, or with dozens of other players on a server.

Choose from a variety of in-house map generators, including v5, v6, v7, flat, fractal, and valleys, each of which includes a variety of biomes.

This game runs well on both new and old machines, and there are numerous options for improving performance. A fantastic and active discussion site with a plethora of modders. Their WIKI is out of the current, but the learning curve for the game isn’t that steep, especially once you’ve installed a couple of mods like “Craft Guide Mod updated” and “Unified Inventory.”

You’ve been stranded on the sands of an unending blocky world. Explore, mine resources, make tools and weapons, hunt, and set traps. Build a shelter to survive you safe at night and share your worlds online. In this sandbox survival and construction game, the possibilities are limitless.

It is an awesome Minecraft-style game for Windows Phone that is worth paying for because the developer constantly adds new features with each update, which occurs roughly once a month. We can not neglect SurvivalCraft as the best Minecraft alternatives to play with friends.

ALSO READ:  What is Ransomware Attack? A Complete Guide to Preventing Data Loss on Your Devices

Creativerse is a sandbox adventure story set in an enigmatic yet beautiful world.  Adventure alone or with your buddies to uncover secrets and tame the land!

You can buy access to the game’s alpha version, where you’ll be able to shape the game’s fate with your feedback. You can also wait till the game becomes free-to-play to join in on the fun.

This game is essentially a ROBLOX and Minecraft mashup. It’s not just a voxel sandbox game but also a game creation platform with a game library. 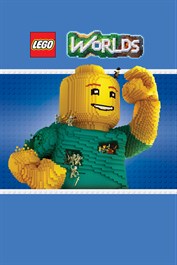 Will you EXPLORE settings full of adventure, then alter them in a galaxy of generative planets made exclusively of LEGO bricks? DISCOVER TREASURES AND SECRETS, THEN PLAY WITH THEM?
Steam Store, Playstation Store, Xbox Games Store

Terasology (formerly Blockmania) is an open-source project founded by Benjamin “begla” Glatzel to investigate procedural terrain generation and efficient rendering techniques in Java utilizing the LWJGL. The engine employs a block-based voxel-like approach similar to that of Minecraft. After establishing itself as a good tech demo, begla was joined by Anton “small-jeeper” Kireev and Rasmus “Cervator” Praestholm, and a full-fledged game concept was formed.

It is also open source and lacks a command console, which can cheat. 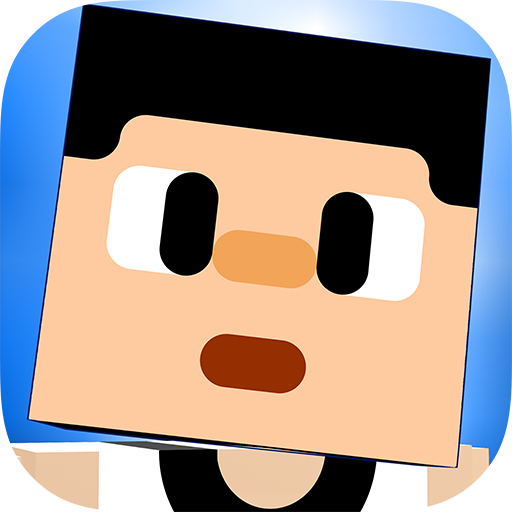 The sun is setting, and your blockhead is becoming cold. You haven’t yet made a shelter, and your campfire has died. You only have a shovel, some wood, and a few sticks. You barely have a few minutes before weariness sets in. Do you create a bed, dig a cave, or replenish your fire? You must play the Blockheads with your friends and consider it as an excellent Minecraft alternatives.

Great for those looking for experiences similar to Minecraft or tertiary education. I enjoy playing this game with my family and friends. Great software for sitting on the couch and playing with almost anyone!!! 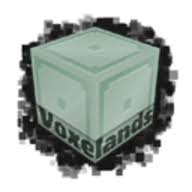 Voxelands is a sandbox construction game based on Minetest inspired by previous “voxel world” games like Infiniminer. The gameplay immerses players in a fully destructible 3D game world where they can place and dig various types of blocks, goods, and creatures with multiple tools. Within the game world, players can build structures, artworks, and whatever else their imagination can conjure up on multiplayer servers and single-player worlds across numerous game modes. Try it, you will find it as a best Minecraft alternatives. 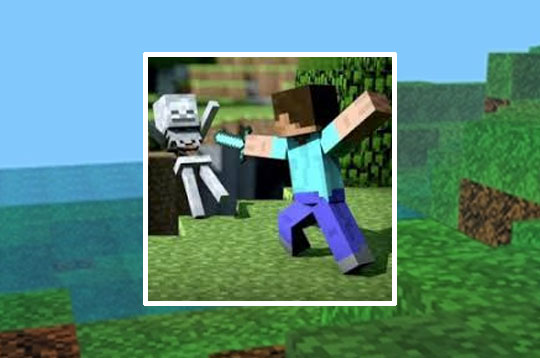 You begin in a world made solely of cubes generated at random. You can go across the world, digging and building practically every block to create new structures. You can also decide to play in “survival mode,” in which you must fight monsters and hunger for survival while gradually progressing through the game’s various other features, such as mining, farming, building machines, and so on, that’s what you need as Minecraft alternatives. You may also play in “creative mode,” allowing you to build nearly anything instantly.

Minetest’s unauthorized Minecraft like game. Daredevils forked from MineClone. Wuzzy and contributors created this. Mojang AB has not developed or authorized this game.

Veloren is a Rust-written multiplayer voxel RPG. It was inspired by games such as Cube World, Legend of Zelda: Breath of the Wild, Dwarf Fortress, and Minecraft.

Veloren is entirely open-source, using a GPL 3 license. It uses original artwork, music, and other elements provided by its community base. Because it is contributor-driven, its development and user communities are the same: developers, players, artists, and musicians collaborate to create the game.

Veloren has a great mood as you play. The sound and visuals genuinely add to the experience. Even with the now restricted gameplay, it’s still a lot of fun and peaceful to explore around the magnificent terrain. Keep a watch out for the complete release of this game! 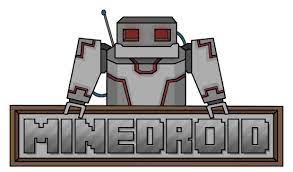 MineDroid is a Minecraft viewer/concept design that allows you to use your own 1.3 beta levels, temporarily build and destroy blocks, sensor steering, crouch jump, ghost mode/fly mode, and more. Extra features will be added in the future, and you may help by getting the source code. 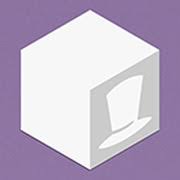 It is a multiplayer game where you may talk with your friends, collaborate on massive projects, play numerous game modes such as Capture the Flag and Lava Survival, and explore adventure maps created by the community.

ClassiCube is a sandbox voxel game inspired by Minecraft Classic. Yes, it is entirely free and open-source, and it is written in plain C for portability and performance. 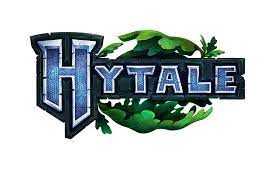 Hytale is a fantastic alternative to Minecraft. Consider Minecraft, but made by the people that play it.

Hytale provides a unique built-in modding studio, a new system of the building, assaults, and exploration. Most importantly, Hytale has made its version of Minecraft into a more realistic Minecraft with animals that move realistically autonomously. Hytale includes a slew of extra features. For more information, visit hytale.com/game. 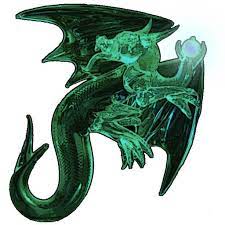 Mythruna is a game in development that combines significant world-building, crafting, and sandbox aspects with a light dose of role-playing. Mythruna, when completed, will be a one-of-a-kind gaming experience. 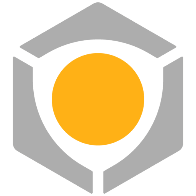 Core is an infinite universe of games and worlds created by a global creator community. It’s a game development kit, content exchange platform, and game-playing platform all rolled into one. Core allows you to create multiplayer games using the power of Unreal Engine without any coding or creative expertise. When you’re ready, post your works to the Core platform, where they’ll be instantly playable. You can find games similar to Minecraft here. 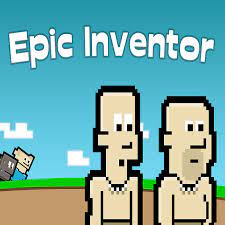 I’ve said before that Terraria inspired Epic Inventor. There are evident parallels amongst the many screenshots I’ve uploaded. It undoubtedly influenced our desire to create a game. We love that game. We spent a lot of time playing it. 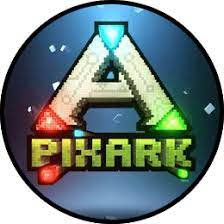 PixARK is a big, wild world with fierce dinosaurs, amazing animals, and a never-ending adventure! To survive in this mystery region, you must tame savage and adorable creatures, create high-tech and mystical gadgets, and build your base out of cubes. 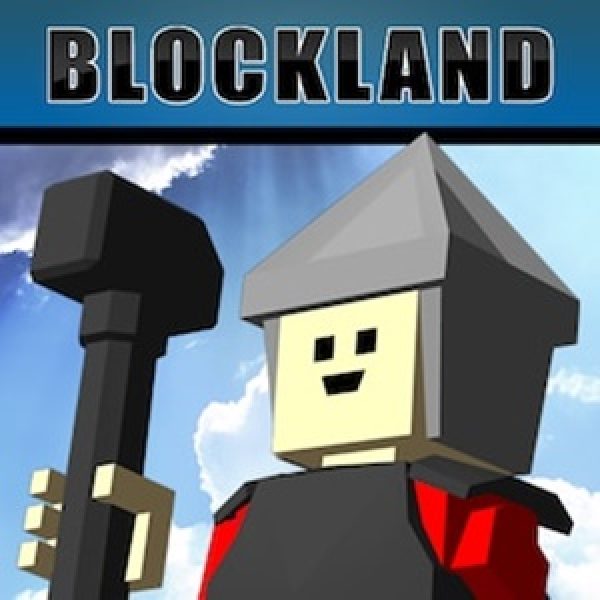 Blockland is a non-linear sandbox game with no predefined goals, allowing players to design and build intricate buildings. Players, dressed as miniature Minifigures, construct the virtual world with toy-like bricks. 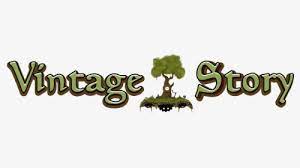 It is last but not least on the list of our best Minecraft alternatives. Vintage Story is a game about experimentation and exploration. It immerses players in a carefully crafted semi-autonomous world, challenging them to survive and conquer natural and unforeseen perils in their new home.